QU3AOCPI01E is a USB Bus-Power Injector for USB 3.x A.O.C (Active Optical Cable) long distance application. It will not only supply 5V to power the USB 3.x A.O.C module but also USB device. QU3AOCPI01E is a wide range input DC-to-DC converter uses the Synchronous Rectifier Controller to step-down a 9V to 24V input to 5V. The input voltage source should be capable of supplying from 9VDC to 24VDC and rated for at least 3A of current. For best results the input leads should be made with a wire of 22 gauge or larger wire. The output load was configured to draw 5VDC between 0A and 8A. QU3AOCPI01E integrated four sets (8-port) of USB 3.x Std-A receptacle connector to Std-A receptacle connector and supply 5V as USB bus-power to each USB 3.x Std-A receptacle connector. 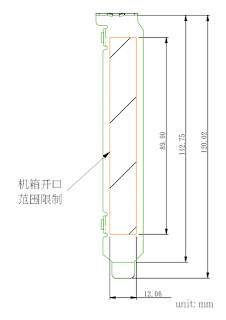 
EPCIEX4D01E is an external PCIe x4 to PCIe x8 (x4 mode) Slot Docking Enclosure. The EPCIEX4D01E expands PCI Express connectivity from your desktop computer, enabling seamless, high performance, and reliable control of remote PCIe device.
No additional software or drivers are needed – the remote devices operate as if they were directly installed in your computer.
Designed to overcome the limited PCIe connectivity of most desktop computers, the EPCIEX4D01E can be quickly and easily set up for multi-I/O, high throughput, or hazardous applications.

In particularly rugged environments, your desktop computer can be placed at a secure location up to 7 meters (for PCIe Gen 1.0) or 100 meters (with PCIe A.O.C) away. High performance and reliable communication is maintained with the well-shielded extension cable or A.O.C (Active Optical Cable), and the docking station is designed to withstand high or low temperatures, vibrations and shocks. In addition, the isolation between core components and docked PCIe devices eliminates any possible electromagnetic interference between them.

If you need more USB ports for long distances, you can install USB 3.0 host card on the EPCIEX4D01E and it can be placed up to 100 meters by PCIe AOC.